Learning is more than the sum of its parts

Every time I hear I Want to Know What Love Is by Foreigner, I’m reminded of my first romantic encounter as a thirteen-year-old on holiday in a small seaside town in Southern Ireland. That opening riff – some thirty years later – puts me right back in that hotel dining room where the round tables had been stacked against the walls and the velvet-covered chairs were laid out in a square around the somewhat grubby, multicoloured carpet of greens and browns and mustards. A DJ had set up home at the head of the room and thirty pale-faced children stood at opposing walls, girls on one side, boys on the other, the smell of Brylcreem and White Musk potent in the air. An empty dancefloor stood between us like a chasm, and a revolving glitterball was a solitary, shining reflection of broken dreams.

It’s what passed for a Kids’ Club disco in the late 80s in Ireland, a chance for our parents to slip into the hotel bar unseen or take a trip into town without herding their children around like blind and wailing kittens.

When Lou Gramm belts out that famous chorus and his voice vibrates from the large black speakers either side of the DJ’s small booth, I didn’t realise at the time that I was imprinting a new memory, one that raises a smile even now.

It makes you realise how impressive our brains are at storing, sorting and filtering memories and learned behaviour from a multitude of information that has been embedded in our grey matter over the years or, in my case, decades.

Our brains are hardwired to make associations. The taste of minted lamb reminds you of Nana’s cooking. The smell of perfume or cologne from a stranger on a bus reminds you of an old romance. The feel of dried glue on your fingertips reminds you of school. Cognitive neuroscientists have been studying these associations for some time. We use our senses not only to intuit the immediate world around us, but to store and recall memory. If your brain controls those senses, it’s only logical that it will use them to integrate past and present.

Ben Thomas, a journalist and independent researcher, writing in Scientific America, tells us that “we don’t really perceive separate objects at all - we perceive our nervous systems’ responses to a boundless flow of electromagnetic waves and biochemical reactions.” It’s a nifty way of saying our brains take those neural response patterns and drops them into what we know as sight, sound, smell. Everything we see and touch has become integrated in our brains by a system of associations.

Primary school educators know this. It’s why they make you recite your seven times tables over and over again until one day they ask you, ‘What is six times seven?’ and you can say 42 without thinking about it (42 is also the answer to the ultimate question of life, the universe, and everything, in case you weren’t aware).

Your teachers make you repeat those multiplication tables because they know repetition makes knowledge stick, especially when it is combined with useful integration.

Integration takes the learning from a classroom setting, developing people as coaches in the subject, so that there is peer-to-peer support combined with ongoing discussion, learning and change. In the HSE sector, it is time to flip knowledge transfer and integration from its current 80/20 split so that the emphasis lies squarely on the shoulders of integration.

Knowledge integration is about constantly finding new and different ways to remind, encourage and support people in their developing understanding, and reminding them of its importance in a fun and interesting way.

Without repetition, without workplace integration, the knowledge we acquire does not have the opportunity to form new or enhance existing neural pathways. As setters’ coaches tell us, 97% of what we do daily is subconscious. We pack boxes, we screw nuts and bolts, we study reports for anomalies, all from a subconscious area of our brain.

If you perform your work tasks daily so that they become habit on a subconscious level, why should putting into practice your workplace safety measures be any different?

Habits are autonomous. They are learned behaviours that become so through repetition. The American surgeon and forerunner of self-help gurus everywhere, Maxwell Maltz, in his 1960 book called Psycho-Cybernetics (Prentice-Hall), tells us it takes a minimum of 21 days to form a new habit (or override an existing one) via repetitive action.

But we don’t all formulate new habits at a similar rate. The European Journal of Social Psychology’s 2009 study on how habits are formed suggests that, ‘The time it took participants to reach 95% of their asymptote of automaticity ranged from 18 to 254 days.’ Regardless of how long it takes any one person to formulate a new learned behaviour, it’s the habit-forming repetition that is crucial to one’s development.

When you fold a new working practice into your daily life, be it at home, in the office, or on the plant floor, the sooner it becomes an automatic ritual, the easier it is to maintain.

setters understands the importance of habit-forming techniques and systems integration. This is the shift that HSE coaching has been in desperate need of over the years. When a coach aids integration in the workplace with repetitive site visits and extended coaching sessions, workers are in a superior position to drive real change and achieve zero harm.

The future of HSE training is coaching and integration, not presenting. The last conference I attended, just before Great Britain’s national lockdown, had almost 20 presenters over two days. Many of them made me stop and think at the time and some of those presenters, those who knew what they were doing, paused long enough for the auditorium to consider their words carefully. But as I drove home at the end of Day 2, I could no more recall what those presenters had told me than I could remember what I had for breakfast on June 12th the year before. My scribbled notes helped in the coming days, but without somebody reminding me or coaching me at regular intervals, those notes were little more than fractured words on a page.

If a 14-year-old is taught trigonometry on the first day of his two-year GCSE study period, and never returns to it until the day of his exam, what chance does he have of remembering what trigonometry even means, let alone passing that Maths GCSE? He has about as much chance as I did back in 1980-something of winning the heart of that gorgeous brunette who danced on a grubby carpet to the soulful words of Lou Gramm. 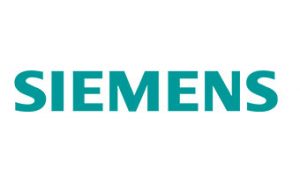