The UK’s first windfarm at Delabole in Cornwall recently marked its 25th anniversary and in that time its produced enough electricity to boil 3.b billion kettles. Its first 10 turbines were each rated at 0.4 megawatts were now the biggest turbines are rated at 8 MW and there are over 1000 onshore projects across the UK.

Not only a more common sight across the countryside but a part of a renewable energy industry that accounts for a quarter of the UK’s electricity generation.

An industry that Setters have been closely involved with from its beginnings with key staff undertaking managerial roles on site as the expansion of windfarms grew.

Throughout the 25 years, Setters has become recognised as a leading provider of safety management consultancy and accredited training in the industry working with and alongside companies such as RWE, Siemens and Dong Energy.

What is Organisational Coaching?

Attitude: a settled way of thinking or feeling about something. 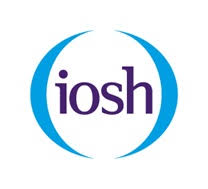